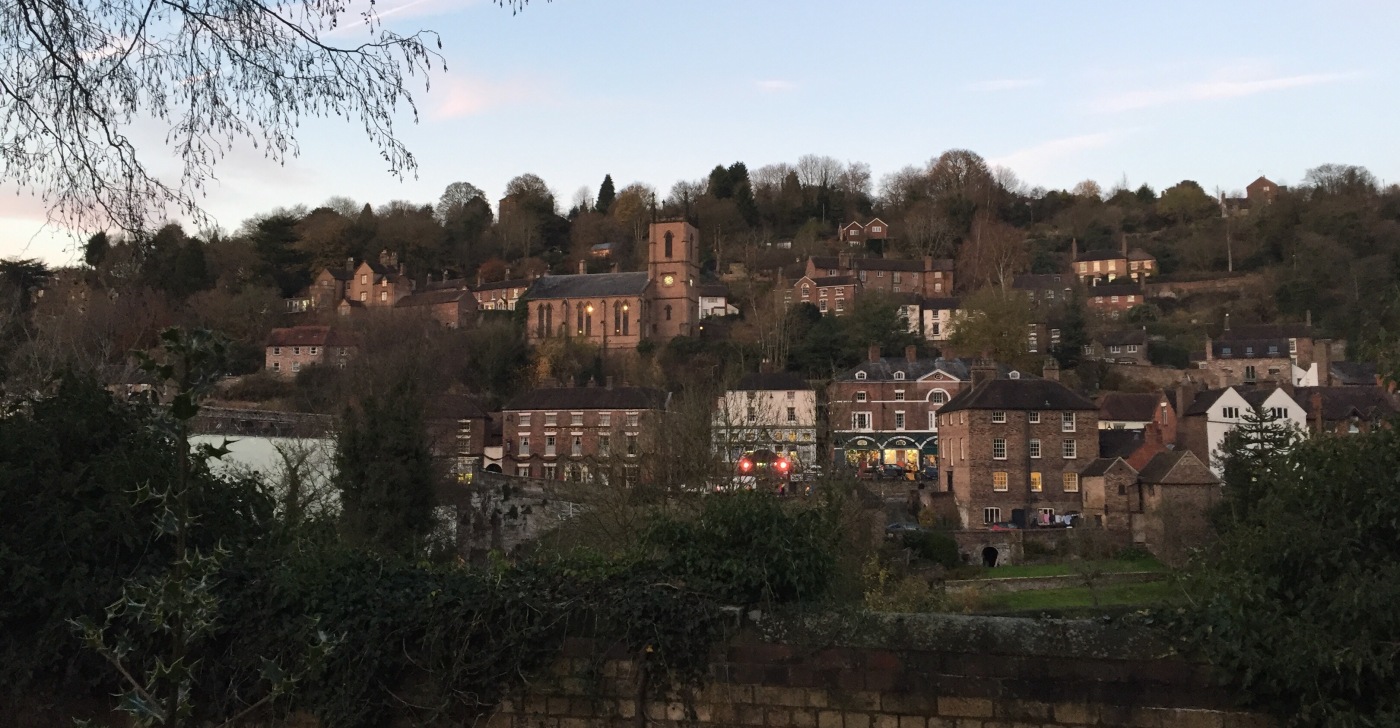 Michael Bublé croones the José Feliciano penned song ‘Feliz Navidad’ and waitresses scuttle about bedecked as Santa’s Little Helpers, complete with tinkly bells as we enter Darby’s, a cafe facing Abraham Darby III’s famous bridge in Ironbridge. Last days of November and these poor girls have another month of wearing fancy dress. Christmas comes too early these days. What ever happened to 12 days before and 12 days after?

A bridge commonly thought to have been built by Thomas Telford or Isambard Kingdom Brunel. Today, courtesy of the small free museum on the bridge this myth is dispelled. It’s always good to learn something new, especially if it cost nothing to acquire the information. 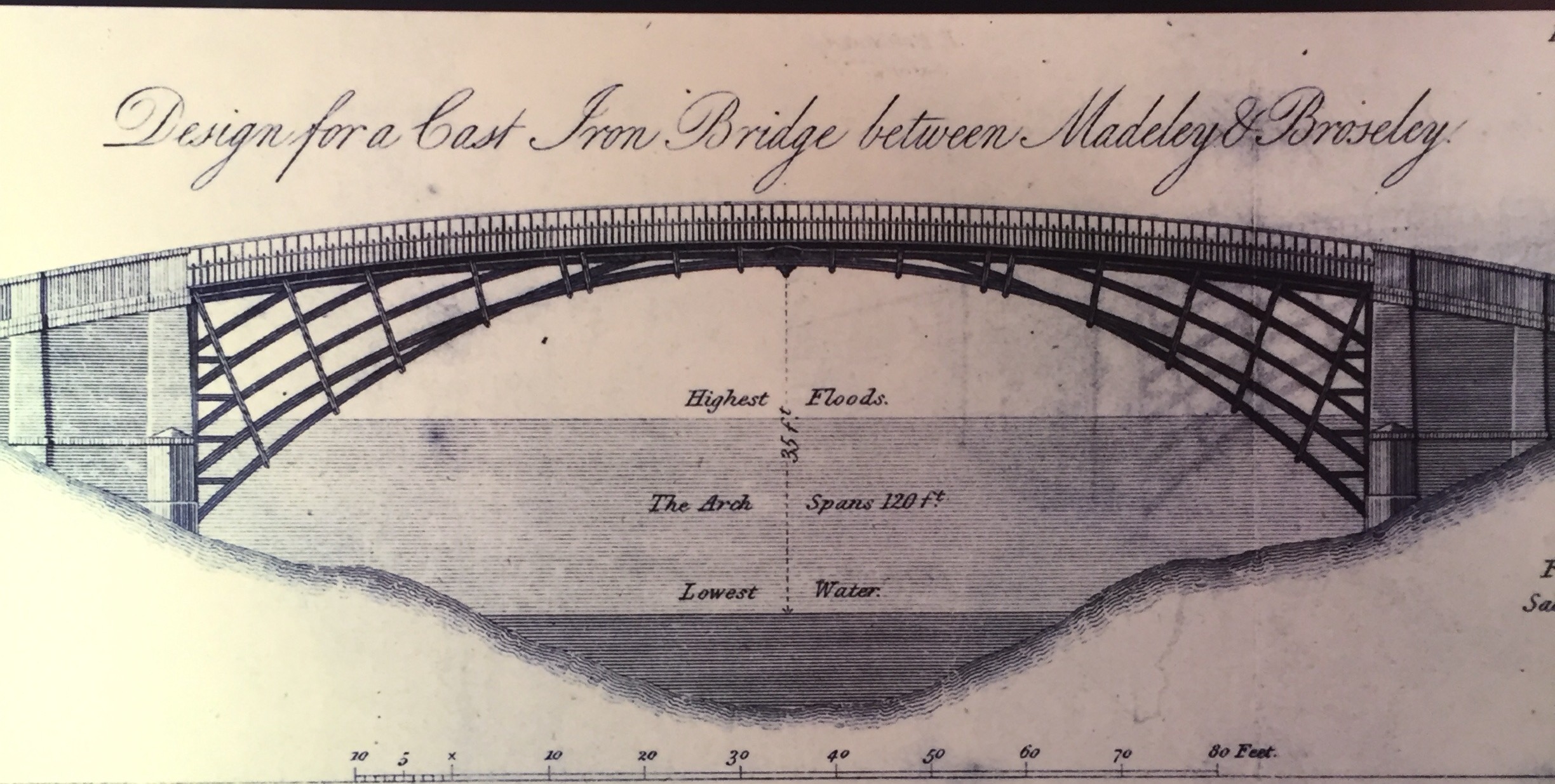 Bitterly cold, but bright outside, the festive warmth welcomes us as we find a comfy settee in the window. We scour the menu. We know what we are looking for. I promised myself a big, fat cream tea in Ironbridge. Sat in the warmth, I spy it on the back page of the menu. Result! 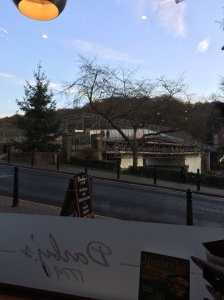 Two big, fat cream teas are served, we sit back to watch the world go by. Jam first then cream, how do you take yours? Definitely the Cornish way for me. Surely the cream squidges off if you put the jam on top of it! Through the window, wrapped up against the elements with Pom Pom hats, scarves and gloves, folk wander around taking in the Yuletide shop windows and of course the bridge, albeit hidden for now. 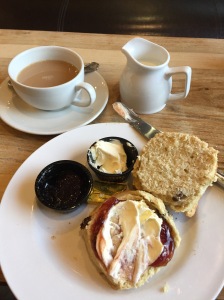 The bridge, opened in 1781 and today, like lots of the attractions we have visited across the UK and Europe this year, it’s shrouded in scaffolding. Still, we are here so the obligatory photo must be taken. It’s as though the tourism board has taken to throwing scaffolding up around every tourist attraction we have visited this year. Fortunately, we have visited Ironbridge on countless other occasions so we know what the bridge looks like beneath the scaffolding. NOTE. December 2017. They are about to build a temporary bridge beneath the original with Hard Hat tours during the renovation period which will  offer you an alternative perspective to this historic structure. 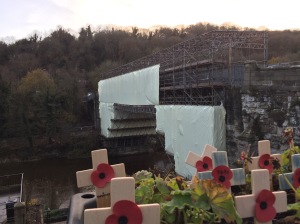 A walk up the high street reveals Christmas is landing with style. The road is being closed off and a stage is being erected complete with microphone for the big switch on of the Christmas lights later on. As yet the Christmas tree stands dark and quiet awaiting it’s big moment. With it still being mid afternoon, we aren’t hanging around to await the big switch on, my feet are starting to feel the cold as it is. 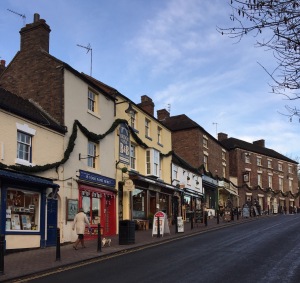 A short drive back to the caravan for us as the light starts to fail. Unusually dark on arrival and the electric gates stand strangely open, welcoming in a cold and quiet way. The owner follows us into site and pulls up behind us. There’s been a power cut since 2pm this afternoon prediction of restoration is another 5 hours away. His Chinese takeaway on the passenger seat smells delicious. Firing the gas up we’ll survive. Lasagne in the oven, an oven I hasten to add that as yet has only been used once or twice in the two years we’ve owned the caravan Just wish we had a 12 volt TV then I could watch Strictly…