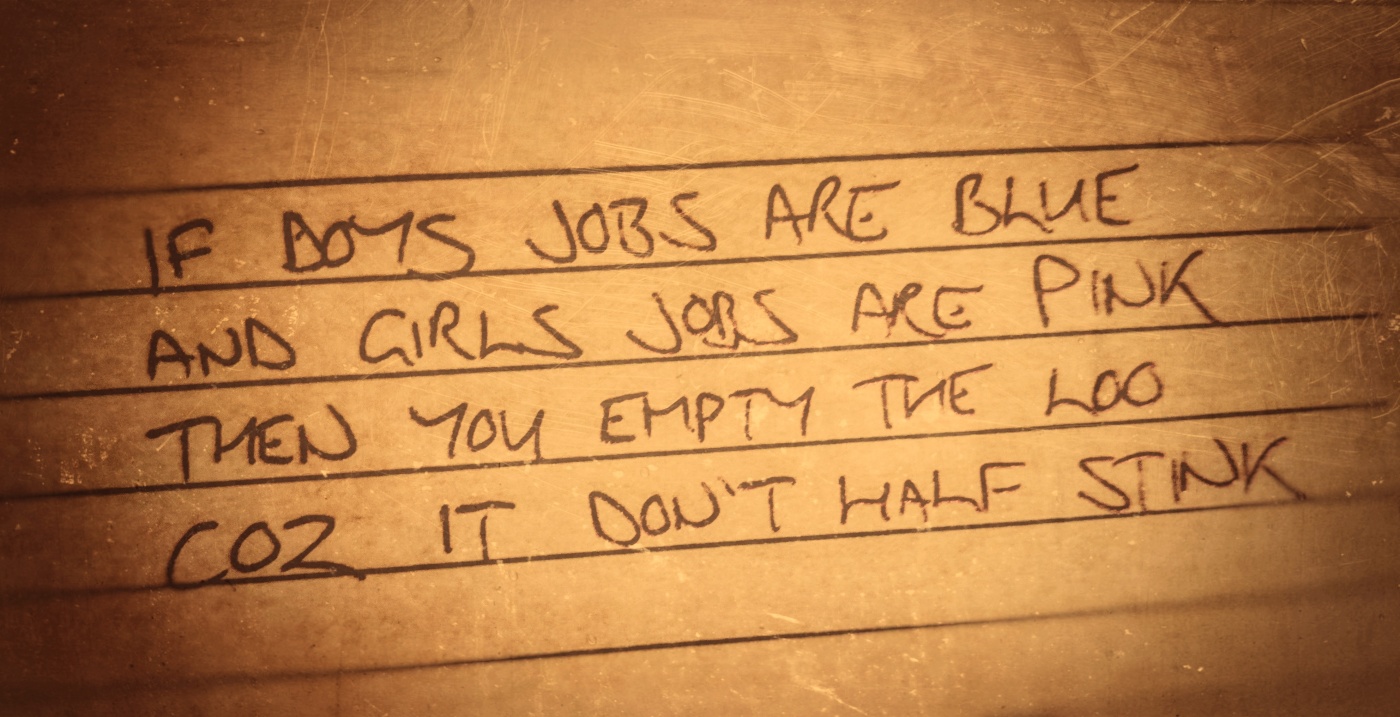 It makes sense that when setting up or packing up the caravan that we have, as a couple, our own jobs. These jobs generally are chosen between couples depending on choice and ability. Whilst I’m very aware that everyone will do things differently, these are our pink and blue jobs.

Towing the Caravan – Blue Job. I have the appropriate licence and would tow in an emergency, practicing doesn’t count as an emergency.

Lining up the bloody Alco Wheel-Lock – Pink Job (initially). I think it looks perfect, he curses and puts the motor-mover on to move it five more millimetres.

Getting the Barrier Key – Pink Job. The longer I take on this the more Blue Jobs get done and I am not witness to the stress.

Locks, Levelling and Legs – Blue Job. Your Man now justifies carrying 10% of your payload in the form of a massive hammer drill to save thirty seconds .. but nothing says “I’ve arrived” like a hammer drill.

Inside the caravan – Pink Job. This way, I know where everything is, plus, it may be raining outside. Also, I can add to the stress by asking for bags from the car while he is up to his neck in Blue Jobs.

Toilet Cassette – derrr, Blue Job obviously. How else will our men make friends if they weren’t forced to converse at the chemical disposal point.

Water & Waste Water – Blue Job. It’s all part of the Hunter / Gatherer process. “Me Man, me fetch water” … and the Aquaroll hurts your ankles if you pull it wrong.

Cooking & Laundry – You’ve guessed – Pink Job. Yes, we are quite a traditional couple, ie, I do everything while he sits on his backside. One notable exception – BBQs/Cadac – Blue Job. He has no idea and just keeps turning things over, I pretend it’s the best I’ve ever tasted.

Wine pouring – Pink Job. That way I control the portions, they’re always level by the time he sees them … wink! hic!

Generally, the reverse of the above.

Hooking Up – Blue & Pink Teamwork. He sits comfortable in the car while I wave frantically shouting “a bit more…a bit more…too far”. If it’s raining I generally suspect this bit takes longer than normal.

Checking the Lights – Blue & Pink Teamwork. He sits comfortable in the car while I make indicator impersonations with the appropriate (left/right) hand. Hours of fun if I deliberately use the wrong hands. I don’t do the last bit of it’s raining tho’.

Sleeping throughout the drive home – Pink Job. I deserve it.

How about you? and What have we missed? 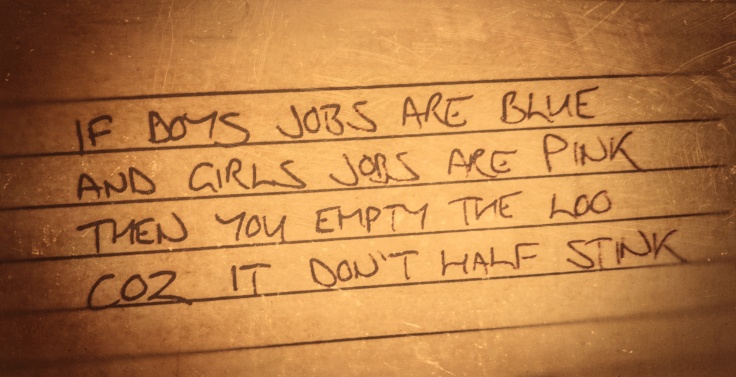 6 thoughts on “Pink and Blue Jobs”