There’s a haze on the horizon, the sunshine is beating down and the waves are crashing in today.

As we near the end of our winter break we’d promised ourselves a bit of down time. A bit of beach time.

With two sunbeds and a parasol priced at 12€ for the day, we choose our little bit of sand carefully. It’s almost like arriving at a car park and finding you’re the first there. Which spot to choose. The beach sprawls for what seems like miles. The Boss can’t decide on which grains of sand are going to be graced with his presence. So, I choose.

The waves are rough today, paddle boarders and surf boards are out riding the waves. I muse for a moment, if we go for a paddle, I want to be safe. Carefully combed sand near the life guard station seems like a safe bet. 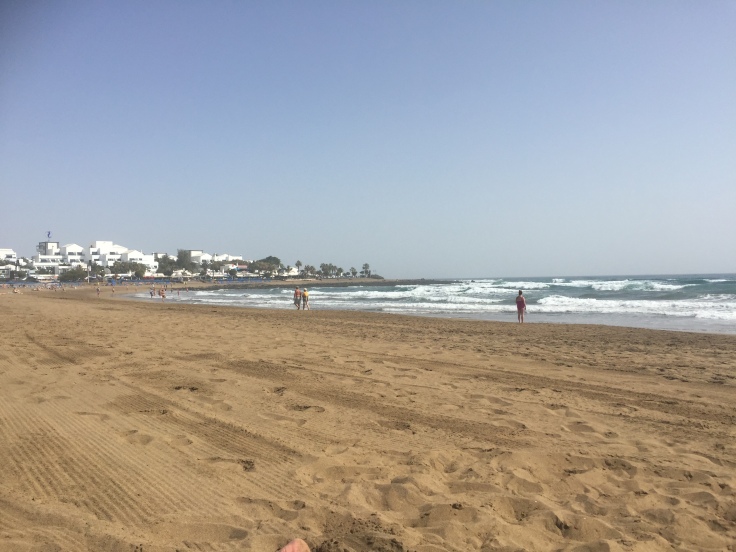 Beach towels from another era, taken from the back of the airing cupboard weeks ago, flutter in the breeze as they are laid to rest on the warm sand. Just as Mr. Lifeguard stretches, climbs down his steps, flexes his bronzed, biceps and starts pumping weights. Told you I could pick a good sunbathing spot. 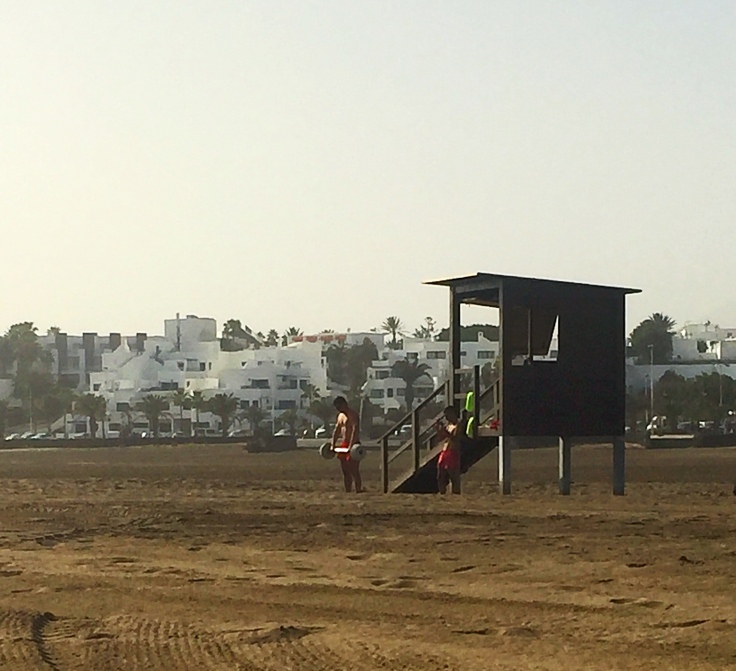 A few minutes later and Miss World walks past in all her youthful glory. Big sun hat, little play suit and a phone. She plonks herself right in front of us on an almost empty beach, Rids herself of her garments and low and behold, it appears the poor girl forgot her bikini top. The bronzed youthfulness proceeds to stretch and twist and perform yoga moves my body couldn’t even think about. Whilst The Boss thinks this display is purely for him, I’m sure it was all for my Mr. Lifeguard, bitch, he’s mine. With no reaction, she soon gets bored and wanders on leaving all the older men further along the beach with their tongues hanging out.

Sun cream slathered on in copious amounts, earphones in, playlist activated, time to lay back and soak up some rays. A blast of Rod Stewart, Showaddywaddy and a bit of George Ezra, three tracks and the sweat is pumping out of me, time to turn over. Hair pulled back in a bobble, it’s time to roast my front. 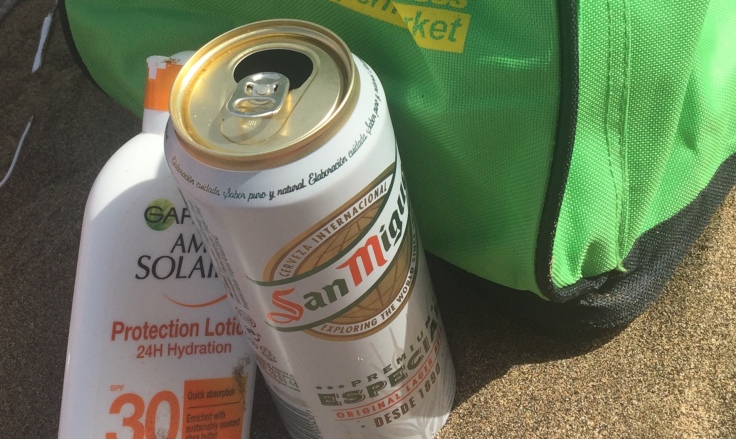 Boss needs a wee, dilemma, walk four hundred yards to the promenade toilet we encountered in our He Says, She Says blog, or waddle down to the sea for a ‘at least waste height’ paddle. He waddles back after an appropriate length of time, “Bloody hell, it was freezing, I couldn’t go” followed by “I’m busting, better go back for a paddle”. The smile suggests he succeeded, while someone further down shore assumed a warm Gulf stream just rolled in.

He’s not very good at this sitting on a beach doing nothing lark. He lies on his back for a minute, his front for a minute, left side, right side, then tries standing for a while, occasionally distracted by the odd topless Miss World or two. Oh look, the lifeguard has just started pumping weights again.

George and Mildred amble up hand in hand. Belongings dumped in a pile, flip flops abandoned, dress discarded, The Boss hasn’t noticed Mildred de robing, can’t understand why. They stand calf deep as the waves froth around their legs, occasionally she giggles and grabs his hand as larger, wave number seven threatens to knock her off her feet. Loves young dream. 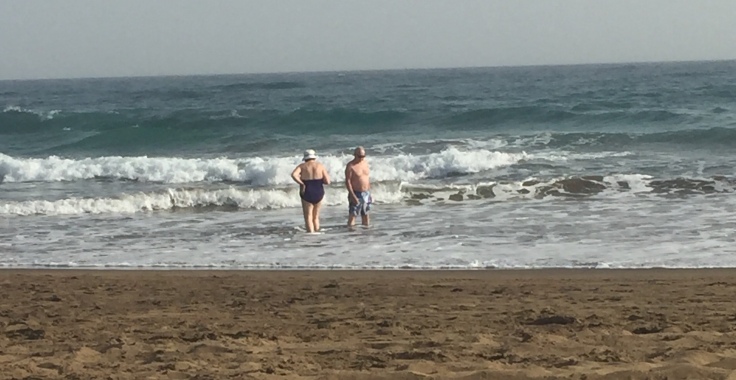 Loves Young Dream, Kylie and Jason, then arrives and dutifully chooses a spot within kissing distance of us. Towels laid they amble hand in hand gazing into each other’s eyes, stop at the water’s edge and snog each other’s faces off. Having finished swapping spit they come up for air they head back to their respective towels.

Belongings gathered, we’re ready to go. Just as Jason decides Kylie needs mouth to mouth resuscitation, I want to shout “Get a room!” But I don’t, I’m a bit taken aback as his hand slips inside her bikini top, “Maybe she needs CPR?” Says The Boss. I drag him off before he decides it’s his turn to keep her alive.

He says, She Says