It’s New Year’s Eve Eve, god only knows what day it is. It’s that time of year when we are all hanging in a state of slumber and alcohol induced coma, who knows what day it is, it’s part of the longest weekend of the year, you know, the weekend that starts on Christmas Day and ends on New Year’s Day. Anyway, we are on a train on this lovely bright, mild December day, rattling towards London. 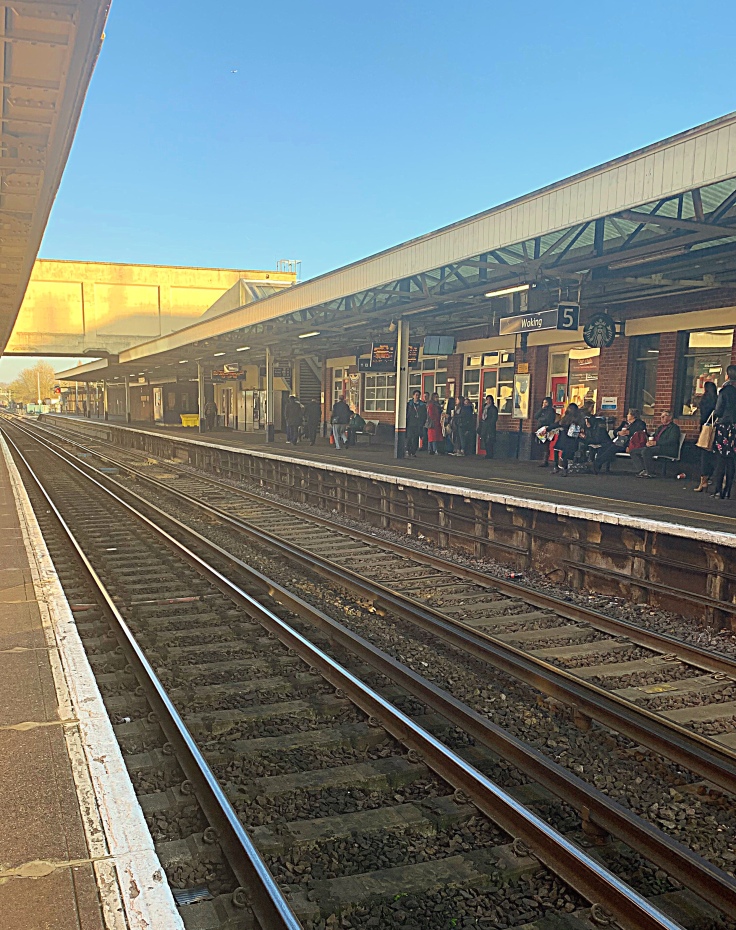 Christmas gifts this year, as requested, consumables, things to eat, drink or do. Our lives are too cluttered with ‘things.’ Today, tickets for the Circus 1903 and a London by Night bus tour.

Not long to tramp round before the curtain rises and the Ring Master welcomes us to The Royal Festival Hall and transports us back to 1903 where Health and Safety hadn’t been invented and it was feasible to drag children round by their hoods. Juggling acts, contortionists, balancing acts, a lady with a zillion hula hoops. Men on stilts parade around whilst human propelled elephants cause havoc on the stage. A fantastic afternoon’s entertainment for old and young.

Out into the now cooling air of this late December day and we head to the Christmas Market on the promise of a Bratwurst and a chip on a stick. The Bratwurst in all it’s mustardy glory was that hot it took the roof off my mouth, countless huffs and puffs and attempts to blow the house down and the nucleic sausage eventually cooled to a palatable temperature. Next, peri-peri chip on a stick, £5 for a peri-peri sprinkled, spiralled, fried spud on a stick, but flipping ‘eck it was good. Dessert was supplied by a stall further into the market, 12 maple syrup coated, mini pancakes sprinkled with ground, caramelised nuts, simply divine. 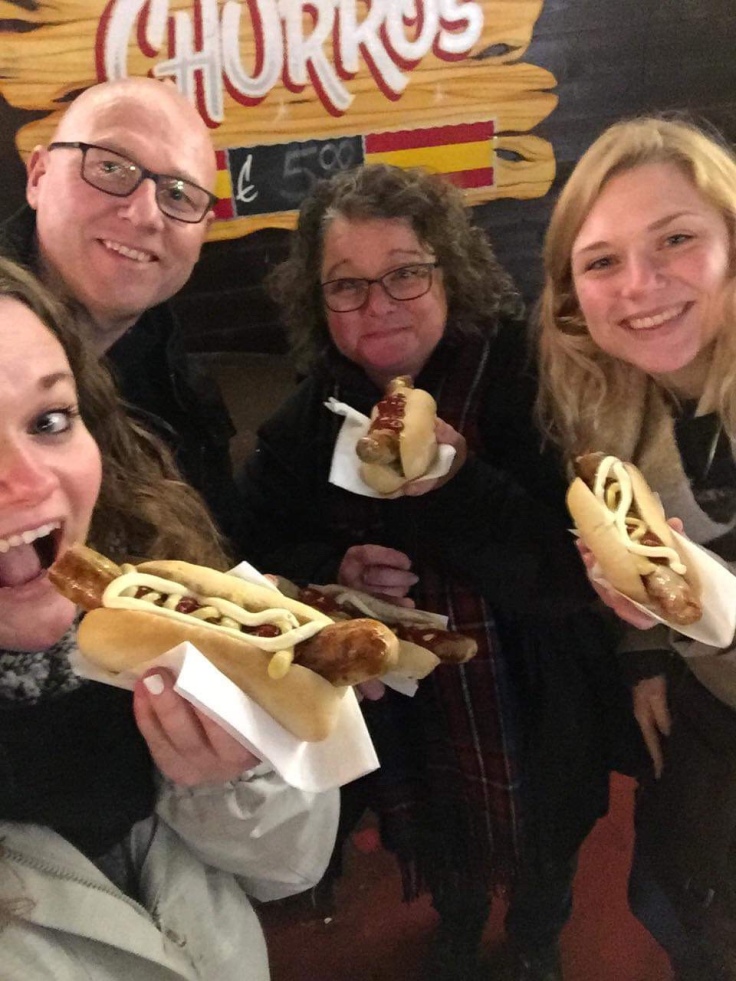 Trooping, family style, four abreast through the busy streets of London, tutting when folk got in our way and we had to walk in single file. We passed the sights, sights which after all the years of living so close to London still compel us to take photos. Our destination, a bus stop outside The Ritz. Present number 2. A London by Night Bus Tour. Queueing for the bus, an ageing Sylar. Remember Zachary Quinto from the Sci-Fi series Heroes? Yes? No? Google it! It was a fab series back in 2006. Anyway an ageing Sylar takes our tickets and shuffles the masses into an orderly queue.

Second in the bus queue, we meet a family from Malaysia, studied here in ’74 and had returned and visited every corner of the UK bi- annually ever since. They head to the covered, front seats, the rebels that we are race to bagsy the back seats. Within 5 minutes Jellybean number 2 announces her jeans are wet, the seat squishes water at the slightest amount of pressure. We utch along and she strategically places herself on a jaunty angle in the hope of getting some air to said jeans.

The lights of Christmas still twinkle as our tour guide entertains us with witty quips about this and that. He was genuinely brilliant at his job, plenty of knowledge and even more humourous. 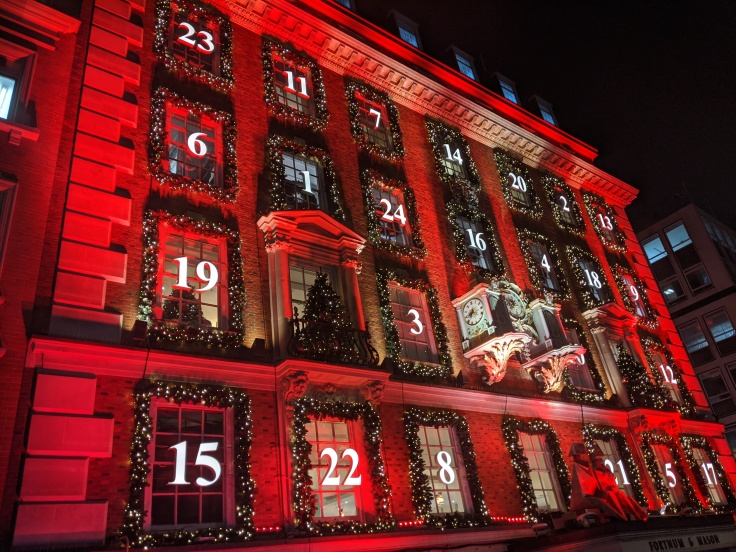 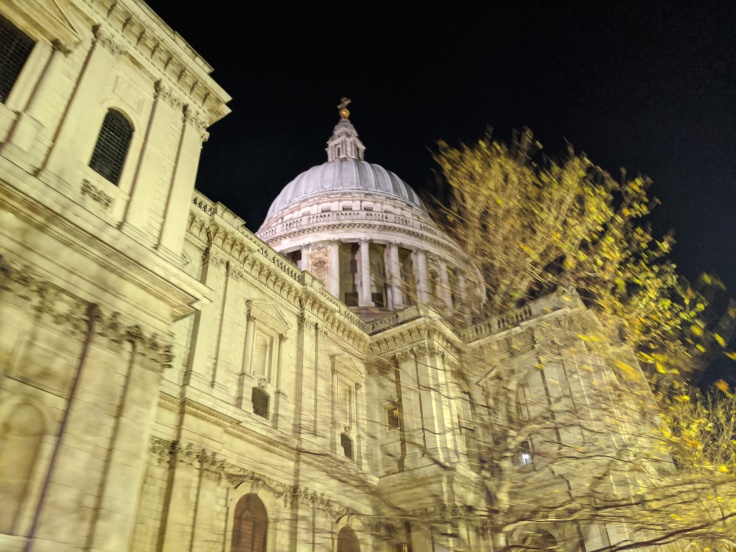 Our top deck, open top, back row seats were now getting cold so the sight of The Ritz Hotel was very welcoming. We walked back to Waterloo Station imagining the crazy scenes for the next evening, New Year’s Eve and the Thames River fireworks. Equally, we were hoping there would be a train to catch as industrial action had decimated the days train schedules.

We managed to catch the very last train back to Woking, another compromise, Woking is an hour away from our usual train stations. Slumped in the seats, either snoozing or scanning the photographs taken during the day.