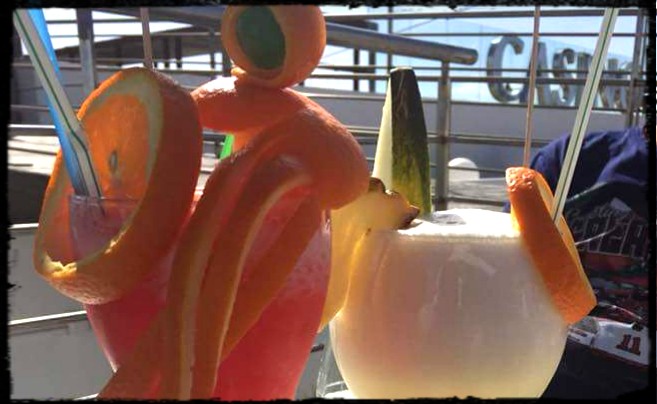 Probably the most important element of touring, living or working in the confined space of a caravan or motorhome is that you actually ‘like’ the people confined in the same space with you.

Luckily, we do, despite the occasional urge to throttle one another with the electric hook up lead.

Long standing friends and acquaintances built up over a lifetime remain but opportunities to meet up dwindle as you stretch your boundaries and wheels keep turning.

For these reasons, our recent, non-caravan, trip to Lanzarote became a socialising surprise as we expected two weeks of two people, namely ‘us’, mooching about in the sun (we hoped) talking the usual rubbish to each other.

We did have one advanced lead, Gail and Mark, Twitter folk we had never met, ‘twitted’ they were on the Island before we left the UK, “we must meet up” we twitted back, agreed and planned. We met Gail, Mark and two of their friends, Glen and Lorna in McDonald’s (so common) Matagorda. What can we say, we have never ‘clicked’ as quickly as we did with these four people ever in our lives. Within minutes it felt as though we had been friends a lifetime and we were already having a laugh at each other’s expense.

We met up on three occasions during the two weeks and the conversations flowed as well as the fruit juices, hic, and a couple of scenic 1mph strolls enjoying splendid scenery helped too. Actually, Gail, Mark, Glen and Lorna will be colleagues in our new job roles, albeit at totally different locations, hence the advanced lead explained above. We are certain our paths will cross again many more times. 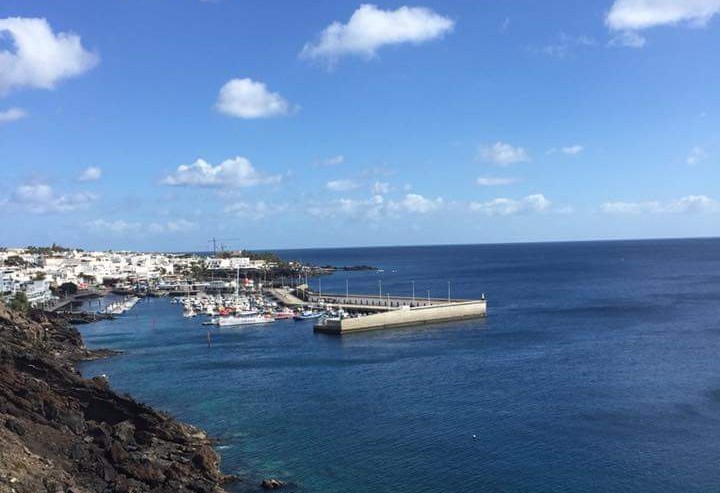 Further socialising would take place at restaurant tables when the English language would be heard at the next table, normally at the point of ordering steak, “how would you like your steak sir/madam”… “cremated, no bloody blood” would be the reply, we would smile to ourselves, then order our ‘cremated’ steaks a little quieter. We had a laugh and compared “it’s bloody cold this year” stories with a good few families, notably, mostly northern (our home tongue) or Welsh (weird tongue) people seem to descend on Lanzarote in January. Our need for warmth is clearly the greater.

Perhaps the oddest meeting was following a blog ‘follow’, followed by, are you still following, a ‘re-follow’ and a comment saying they were on Lanzarote too and at our resort, Costa Teguise. We arranged to meet the next evening, then instantly remembered our advice to the Jellybeans, “Never meet people you don’t know from the Internet”, especially ones who only appeared on your radar yesterday. We locked the safe, then checked it, locked the apartment, then checked it, took a non direct route to the rendezvous point whilst checking shadows behind us agreeing safety ‘buzz words’ and excuses if we needed to get away. Our new acquaintances arrived at the agreed hour by the bench outside Spar, only then did we realise we were from different nations, as their distinct Dutch accent and perfect English reached our ears. Three hours and a few drinks later it is 11pm and not one ‘buzzword’ or excuse is uttered. A thoroughly interesting evening with a lovely couple, John and Patricia, who also have dreams of extensive Campervan touring. Indeed, they already ‘top trump’ us having toured Australia three times in various levels of transport comfort. We walked back home joking we were probably in the next door apartment to them, then realised we very nearly were, the very same complex. No hijack, no murder, we survived a most pleasant evening.

Then, out of the blue, an old colleague, Pete, from our days in McDonald’s back in the 80s sends a Facebook message to say he is in Lanzarote during our 2nd week. Wow, we haven’t seen each other for thirty years and we are arranging to meet in Lanzarote. We are never quite sure if it was the same at every McDonald’s store in the 80s or just ‘right place, right time’ at Bolton store 111, as we are in regular contact with half the crew from those early days, many, who had successful careers afterwards, stating it was the best of times and developed their work ethics more than any subsequent job.

To give you an idea, in 1980s McDonald’s people were still struggling with the concept of no knives and forks, getting ‘eat in’ food in a bag (no plastic trays back then) and wondering why we sold TCP in the guise of Root Beer.

We recognised Pete and Nat instantly from a long distance despite thirty years. Helped by the fact Pete is 10ft2 and Nat is 2ft10. That may be an exaggeration but you will understand why we could wave first, plus we were doing that odd thing of walking towards each other while talking to each other on our mobiles. Both couples having known each other way back enabled us to quickly settle down, catch up on the past, fill in thirty years of gap and find our lives have followed the same ups and downs along the way.. maybe ‘That’s Life’ .. as they say. We talked and talked until the sun went down and it got cold, plus, they were ‘All Inclusive’ and needed to stop paying for coffees off site with us, not to mention The Boss’ stomach was now grumbling in anticipation of a €9 all you can eat Chinese buffet. Meeting Nat and Pete was the icing on our socialising cake, fantastic to talk to them again.

We almost met some more Twitter people that had just flown in on our penultimate day but they must have thought better and decided meeting people off the Internet is too risky. Good job really, we had reached that point on the holiday when we had to recount the remaining Euros after every purchase.

So, we fly home fully topped up on the daily 4S’s. The Boss says he thought you should have ‘5 a day’. I told him he thought wrong.