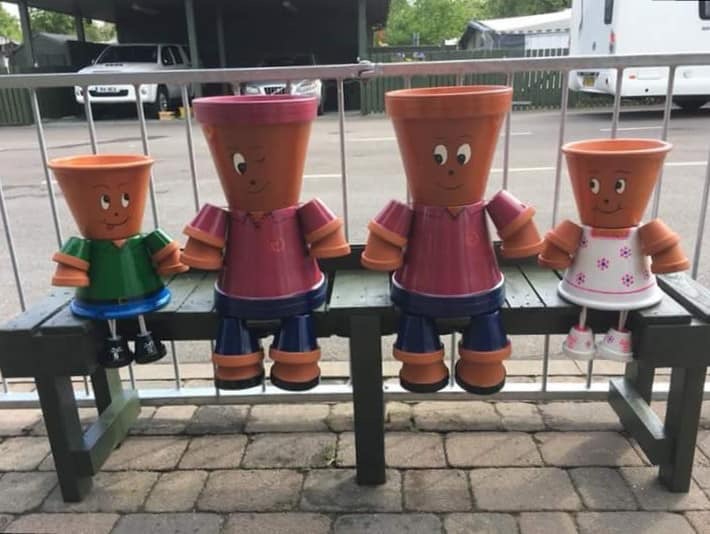 Knowing that we had left our mark on the New Forest Centenary site… and also knowing that ‘I’ was the person to volunteer his services… our Longleat Wardens started to wonder, out loud, what could be added to the site. I think his telepathy was working, I actually could hear him thinking “Shut your bloody mouth”, but I blurted on regardless, “Hedges cut into animal shapes, Boots made into bird boxes” before “How about a Longleat animal notice board?”. He put up less resistance… I knew I’d won. “Alright, alright, you find a template, buy all the stuff and I’ll knock something up”. While the iron was hot I found what I wanted.

One rainy day we heard sawing in the workshop, progress, a square piece of plywood. A pencil line hand drawing followed, then followed by copious cursing as the various types of saw refused to follow the pencil lines. Bingo, we had an elephant shape.

Two coats of white paint obliterated the original pencil lines but now we had a white elephant… No use to no-one. 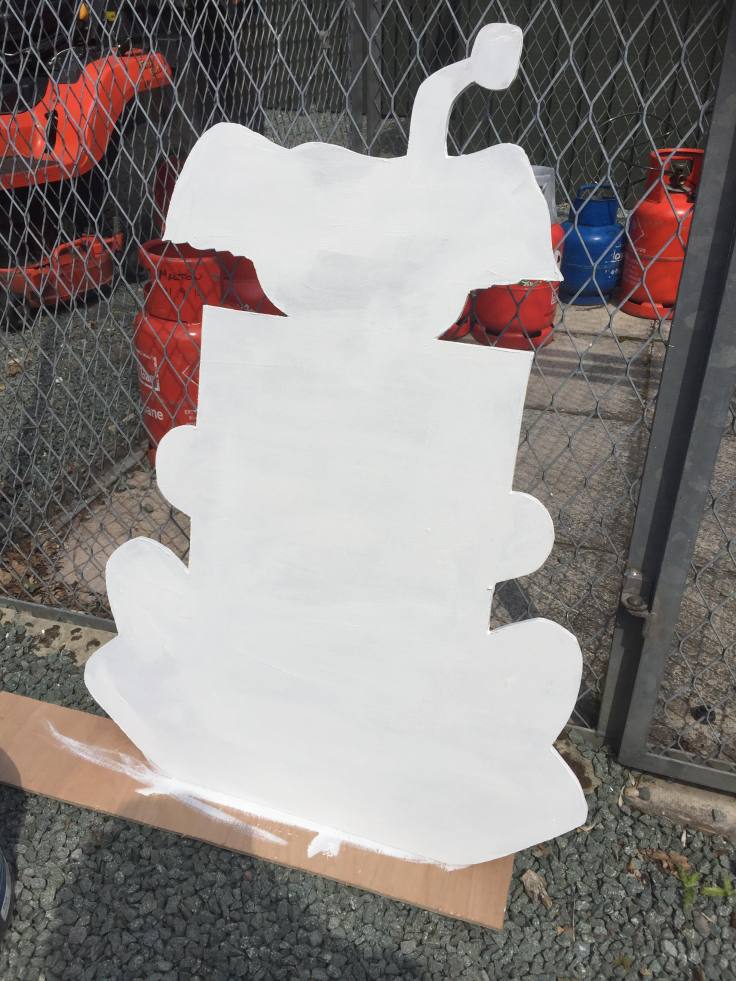 Back to the drawing board to re-do all the pencil lines and back to the shops to buy acrylic paints. He hated this bit and slowly spent dinner hours and spare evenings mixing and painting various shades of colour using almost entirely Black, Red and White. 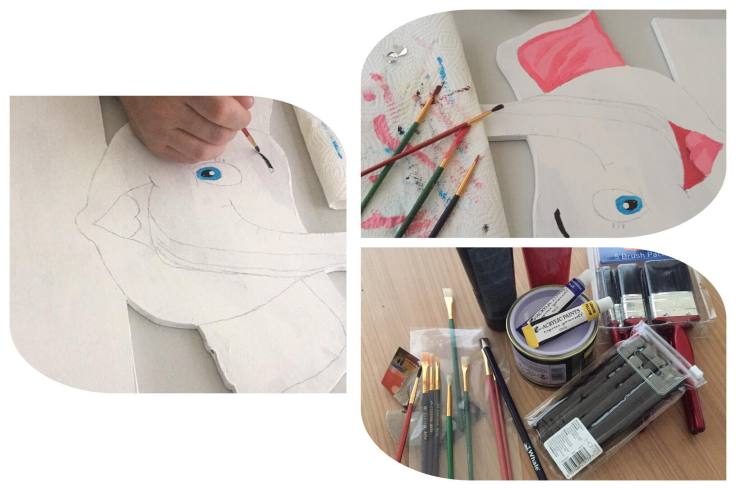 Next the blackboard paint was added, the awning reeked for the next few days but it also did a great job catching flies while it dried.

Finally it was finished, bar a two week wait deciding the best, ie. cheapest, yacht varnish to use. He got the honour of unveiling it to the world then immediately washed his hands of it, “You can write on it, my bit’s done”. 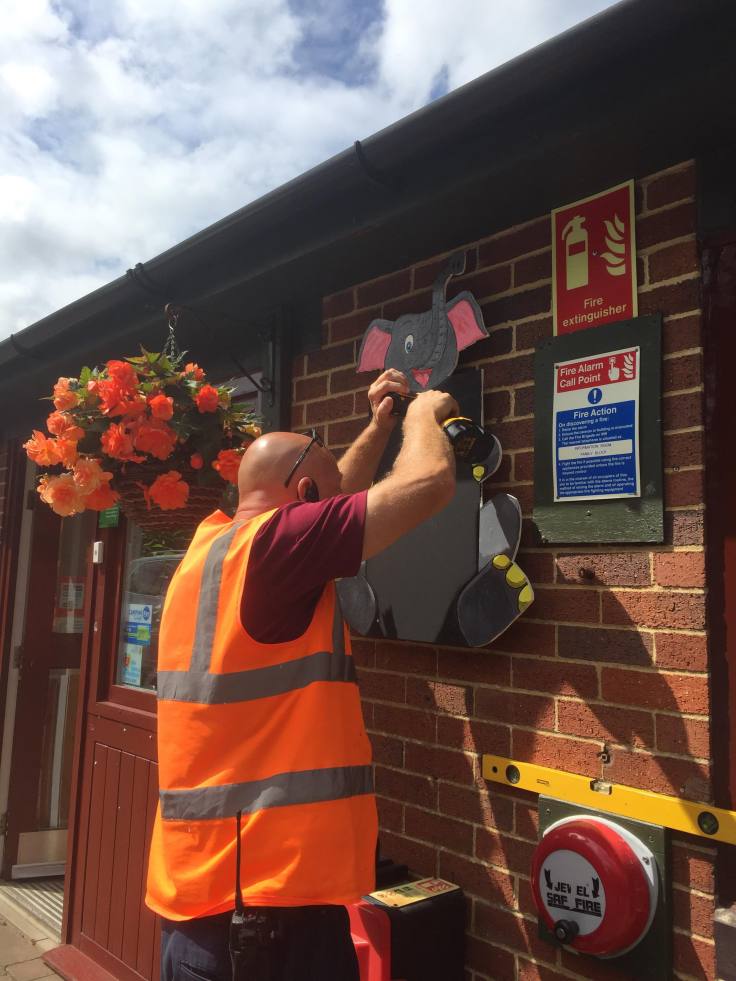 It was suggested he signed it but he doesn’t want next year’s Wardens to know about our site ‘gifts’… At least until I open my mouth!!! 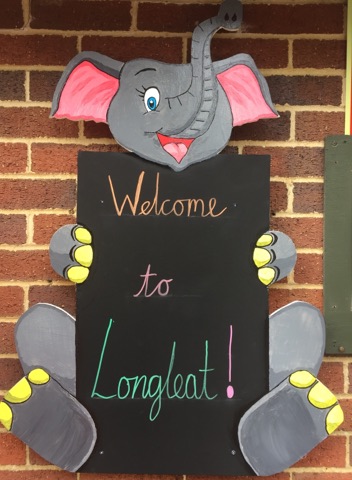 3 thoughts on “The Longleat Gift”