Throwing back the curtains reveals clear blue skies and wall to wall sunshine. Another glorious day in my little bit of paradise.

Top of the Morning breakfast snaffled, complete with soda bread, white and black pudding. We find ourselves stuffing towels, water and sun cream into a bag. He’s found one of the island’s most beautiful beaches on the Internet. Items to survive an afternoon on the beach stowed safely in the boot we hit the road.

And when I say we hit the road what a road it was. Three kilometres of rough, stony, dusty dirt track. Apparently un-tarmaced so as to deter people from going and spoiling the natural beauty of the beautiful coastline that is Papagoya beaches near Playa Blanca. Looking at the amount of ‘dust clouds’ caused by cars on the road in front of us it’s not putting too many people off. The one saving grace is that it seems coaches will not venture down here so numbers are still low. 3€ paid to the nice man who stands sentry at the entrance to the area of outstanding beauty and the road still snakes ahead of us. It’d better be nice when we get there.

In his infinite wisdom The Boss decides not to pull into the first car park for the first cove, he reckons it’ll be the busiest. On we rumble past another two car parks and what look like beautiful sandy beaches.

At the end of the track, with our giblets sufficiently shaken, we step out of the air conditioned car into oven ready heat. 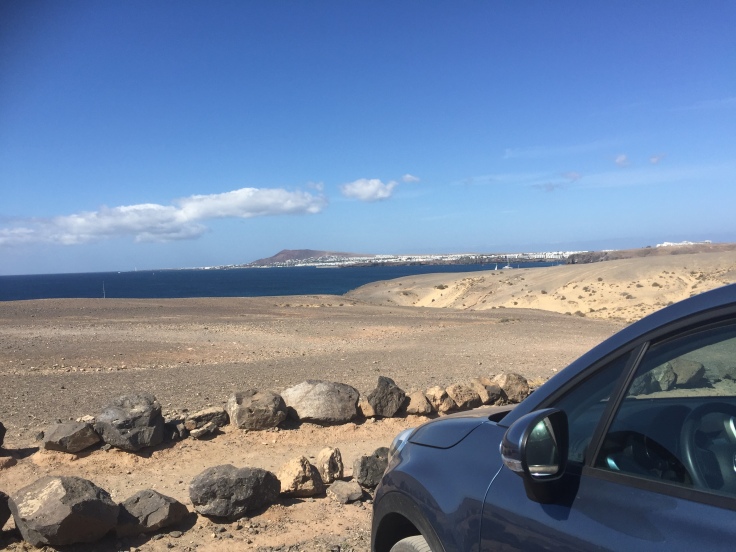 A trundle, or better described as a tramp across a dusty car park, up a bit of a hill, ladened down like a cart horse with Bear Grylls essentials, a beautiful cove complete with clear blue sea and golden sand beckons us. The Boss decides that the fifty or so people on it are making it look busy, it is also starting to shows signs of child infestation, I spy at least two down there. 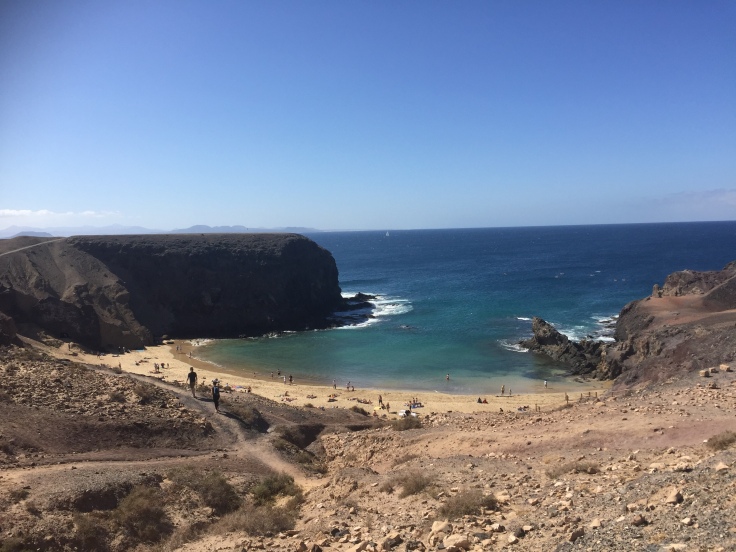 Back down the hill and across the car park in search of cove number two that he’s spotted on google maps a few days ago. It is at this point I feel Trip Advisor would’ve been a better research tool, all will become clear. 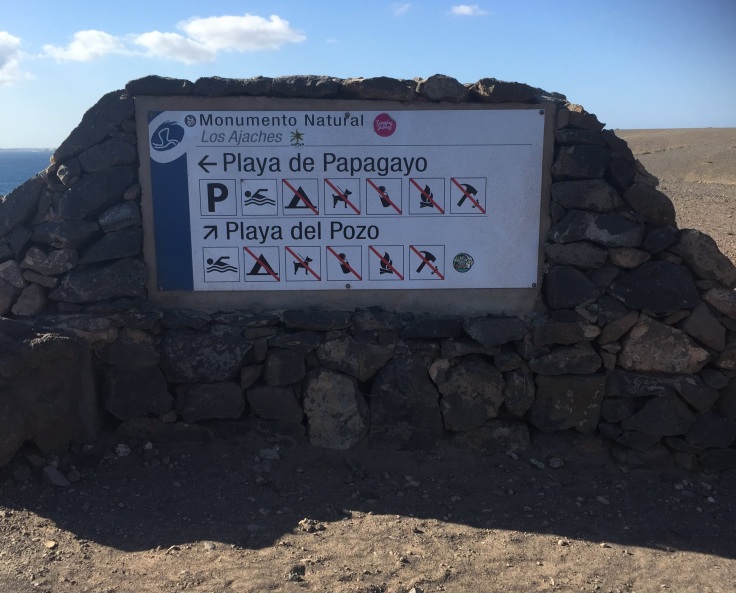 Off we plod, sweat dripping into my eyes, even my eye lashes start to sweat as I’m forced to negotiate sand dunes and bits of lethal looking lava poking its nose through the dunes. As promised, he’s right, I hold my hands up, this cove is bigger and quieter. Not as many people on it and no sign of little people at all. Skidding, almost arse first, down the other side of the sand dunes, I am face to face with back bums. Not feeling the ability to stare I race on and catch The Boss up hissing that I’ve just spotted back bums. He tells me I’m daft, to put my glasses on, he’s sure they had thongs on.

Towels carefully laid and all our survival kit sorted , we lay back to soak up the rays and absorb what is a beautiful part of the coastline.

A fisherman comes dressed for winter and stands on the rocks at the sea edge, casts his line into the water and waits. Attired in boots, jeans and hoodie with the hood up. He must be sweating his bits off, sweat is dripping off me and I’m only wearing my cossie. Half an hour or so later, he still stands unperturbed as the tide starts to come in and waves crash around him. Hoodie and jeans are now soaked but he doesn’t seem to notice.

In the half hour or so that we watched him, I jabbed The Boss in the ribs, bare back bums are on parade complete with bare front bums! Now I must point out that we are now aware of a few other ‘textile free’ people on the beach. Non of them particularly good looking and most sporting dangly bits. Where has he brought me? They parade up and down and stand turning this way and that to ensure maximum sun to all their lumps, bump and creases.

Later investigation on Trip Advisor reveals that the cove furthest away, the one he thought was busy, is more family friendly and that the one we chose is classed as a ‘textile free’ zone. Oh my days what an eye opener. 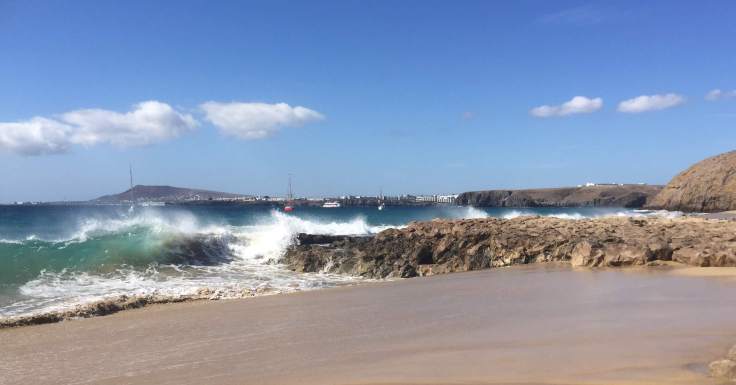 A week or so later our Jellybeans flew out to have time with us and we took them for a flying visit. No cossies this time, shorts and T Shirts, water, sun cream and towels, they are too fair skinned to spend too long lazing in the sunshine.

A quick paddle and Jellybean number one is gobsmacked to find herself admiring the view with a birds eye view straight up the flue of an ageing lady lay spread eagled in the direction of the sun. We could almost see her tonsils, “That’s a view only a Midwife should see” exclaimed Jellybean number two. They are well into their twenties but we are worried it’s an image that will forever haunt them.

7 thoughts on “Willies on Parade”